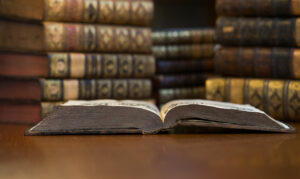 There we have it – the federal budget for 2022 has dropped and we can now get a clear view of what this means for small and medium businesses in Australia. While replete with election winning tactics and dangled carrots, time will tell how this ‘Labor style’ budget will play out.

Who won? Who lost? Who’s cruising in neutral?

Let’s do a quick breakdown of the most important budget inclusions that affect sole traders and SMEs in particular.

Small businesses across Australia will be incentivised to invest in training, eInvioicing, cloud computing, cybersecurity and web design.

Small business will be defined as those turning over less than $50 million a year, so the scope will encompass around 3.6m Australian businesses.

The aim of these boosted tax deductions is to increase employee skills, futureproof businesses against change, boost digital adoption, and increase competitiveness and resilience.

What would this entail? A few examples would include investment in accounting software, laptops, POS systems, cloud subscriptions, training courses, website updates etc.

If your business is in a position or industry that lends itself to apprenticeships, there’s some incentives for you in this year’s budget.

As a part of a $1.3 billion investment, aimed at increasing the number of tradies in training and assist job completion stats, apprentices in selected industries will get $5000 paid over two years.

While the initiative is targeted at industry areas with work shortages, it will also entail specific investment in encouraging women to uptake roles in traditionally male dominated employment areas.

If you use a work vehicle in running your business operations, there’s a modest measure in the budget to reduce your fuel costs.

If you extrapolate those savings over the six months, you’ll see a few hundred dollars reduced from your vehicle operating costs. While a very modest and temporary measure, it’s better than nothing.

This measure will be policed by the competition watchdog and will kick in from midnight on Tuesday.

As we predicted, there will be both an extension of the Low and Middle Income Tax Offset (aka the ‘lamington’) plus a one-off booster payment.

“There’s also tax relief for more than 10 million low-and-middle income earners with a new one-off $420 cost of living tax offset worth $41.1 billion. It is due to kick in after the election on July 1.”

This, however, will be the last we see of the lamington as it is not slated to be extended again. It will instead be going out with an election year bang.

This means that low and middle income earners, including sole traders, will receive $1500 back in this year’s tax return.

Future generations will lose out

The future generations of Australia, including up and coming business owners, will bear the brunt of this budget.

There’ll be a very sizeable deficit to accompany the short term focused and high spending budget, which future Australians may need to shoulder.

Even with a recently robust export market, with wage growth stalled, high debt, increasing interest rates and a lack of investment in the future of clean power and industries, there’ll likely be a high toll to pay.

Coupled with yet more inaction on climate change in the budget, the environmental and economic cost of this continued inaction will reverberate for generations to come.

Time will tell what this means for future generations and business owners, but it’s looking rather cloudy on many fronts.